You are here: Enlightenment1 / The Turkish Invasion

In 1967 the Greek military junta seized power and utilized its resources in Cyprus to stir up unrest against presıdent Makarios. In the years to follow, tension in Cyprus escalated with the establishment of the illegal paramilitary organisatıon EOKA B, which was responsible for several terrorist attacks such as blowing up police statıons and attempts to murder president Makarios. On 15 July 1974, a coup d’état led by the junta in Athens was orchestrated by cells within the National Guard, thus overthrowing the elected government of the Republic of Cyprus and establishing an illegal regime. The coup d’état served as an excuse for the Turkish invasion on the island. 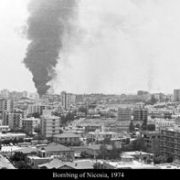 When the invasion started in the morning of July 20th, a weakened by the coup d’état National Guard was unable to defend efficiently. At first, the invading troops seized a small area within the Kyrenia District, which they expanded during the cease fire. Talks which commenced in Geneva reached a dead end and the Turks assumed further military action on August 14, thus occupying 37,6 % of the island of Cyprus. The Greek Cypriot citizens of the occupied areas sought refuge in the free areas of the Island, being refugees in their own country. Several of them were captured by the invaders and were either abused or killed. 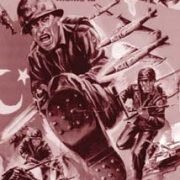 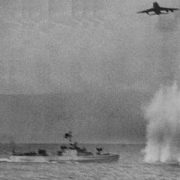 The dead and missing persons is one aspect of the Cyprus drama. Another tragic consequence of the invasion is the destruction of the cultural heritage and the alteration of the demographic nature of the island. Churches, monasteries and archaeological treasures were looted and centuries old traditions were destroyed. Thousands of Turkish illegal settlers have settled in the occupied areas and have illegally expropriated the properties of Greek Cypriots. In addition, the majority of the islands resources, the main airport and export port in Famagusta fell in the hands of the invaders.

Today, only a very small number of Greek Cypriots still live in the occupied areas of Cyprus and more specifically in the area of Karpasia. However, these people live under enormous pressure and inhumane conditions. The Secondary Schools that used to operate there until 1976 were closed by the invaders. The very few children still living there are only able to attend lessons at the only Primary School that is still in operation in Karpasia.

The Turks established an illegal Turkish Cypriot state in the areas they occupied and this pseudo state is only recognized by Turkey, which in turn maintains a large number of occupying troops on the island. Despite Turkey’s efforts to achieve the recognition of this pseudo state, the international community continues to recognize the Republic of Cyprus, which in turn continues its efforts through international forums for a fair and viable solution to the Cyprus problem. 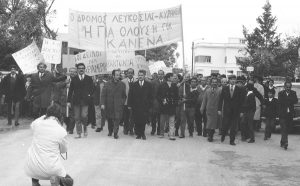